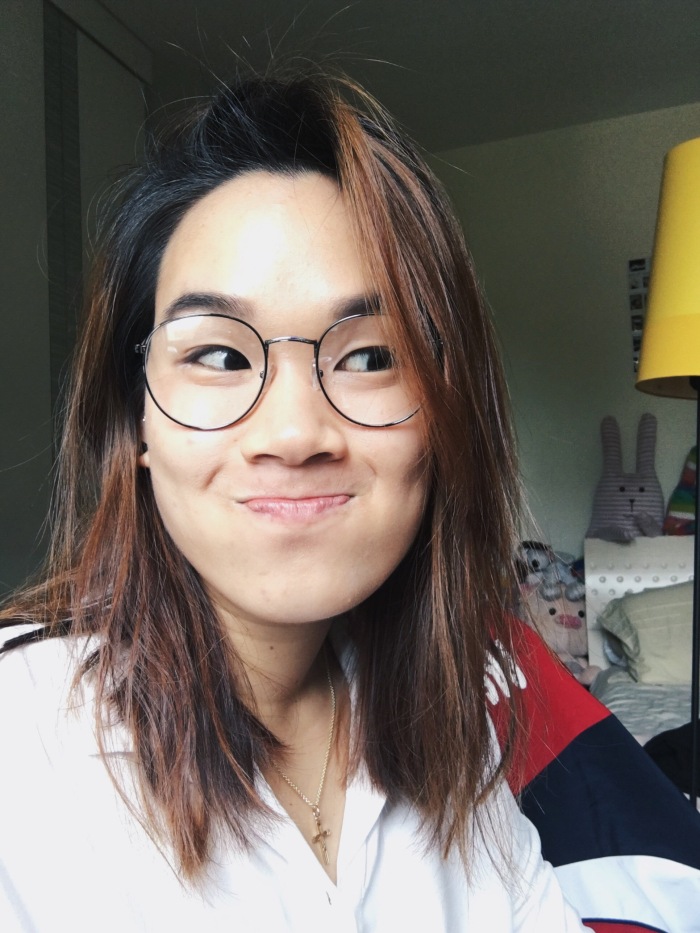 I received these new glasses frame yesterday, I’m not so sure how I feel about it. I’m still considering if I should spend money to fix lenses into them. I got them for $8 though!

I also had my first paper yesterday, I think it’s safe to say that I’m not cut out to be a forensic scientist.. 🙁 the multiple choice questions were pretty tricky and the case study… I just felt like everyone was innocent and I didn’t know who the murderer was.

Yesterday, after a long and tiring day, I decided it was a good idea to brew Kombucha and water kefir. I’m not saying that it’s a tough or time consuming to brew them, it’s actually pretty straightforward and if done correctly with the right ingredients, can be accomplished in less than 20 minutes! (It takes longer because of the cooling time). But what happened was, I didn’t had any cool boiled water (because the cultures cannot come in contact with tap water that contains chlorine), so I mixed 1L and 500ml of boiling hot water with the stated amount of unrefined cane sugar. It was 1130pm then. By 130am, the water in both jars were still warm to touch and they required to be at at least 29 Degrees Celsius 😔 I was so tired waiting.. I didn’t know why I hadn’t thought of it earlier to just put my cultures in the old sugar brews and put them in the next day.

Yesterday, I finally decided that I should and that it’s okay to spend sometime off studying (I mean, c’mon it was only an hour) to exercise! And I felt really good after it. 😎

So today! I decided to rise before the sun did, drank lots of water to wake up, dump my kombucha and water kefir culture into their respective jars (finally..) and I did a low impact cardio workout from the FitnessBlender YouTube channel. I was afraid if I’d did the usual one with all the jumping around.. neighbours might come knocking on the door.

I had chocolate protein oats with a large banana and drank more water. I got ready and left the house at 9am.

I’m thankful because I learnt that I only need less than 30 minutes to travel here, I had 30 minutes to kill before the library opened which gave me time to write this post, buy a whole thing of grapes (that I decided to have for lunch because the bread that I made on Saturday became mouldy.. I need to remember that homemade bread will not last past 3 days 😳)

Today will be a good day. God bless, everyone! 😌

"For the happy heart life is a continual feast... A cheerful look brings joy to the heart" - Proverbs 15:15,30

and I saw
Amanda
Discover

A daily selection of the best content published on WordPress, collected for you by humans who love to read.

The Art and Craft of Blogging

The latest news on WordPress.com and the WordPress community.