An unplanned visit to the East brought Feng and I to VeganBurg (woo!). Finally after a year of being Vegan, I laid my hands on these amazeballs burgers.

The day started as planned as I made my way to Feng’s place at 9am to watch NBA (go Cleveland!!!). But as Feng expected, the curse lives. Every time he watches their match, they would start to lose the game. I made him breakfast as I snacked on Quinoa Chips.

We then Grabhitched to Heartland Mall in Kovan (YAY to “30HITCH”) for my eye lash extension appointment. Yes, I’m vain. 😌 I kinda made a mistake though. I wanted to get pretty lashes for my upcoming holidays and internship but the lady told me it’ll start to get wonky after 1-2weeks and THAT’S when I would be going overseas.. ha ha joke’s on me. But thanks to Fave by Groupon, I scored this appointment for $26 (+$5 because I opted for an eye mask). Initially, I thought I contacted the Kovan outlet but thanks to Feng bugging me ask them if I could start earlier they said they did not have my record in their system and it turns out I booked an appointment with the Tampines outlet 😱 tragic..

Another “30HITCH” we go. I got my lashes done at BeautyVeranda and the lady was really nice! She handed me a form and recorded my eye shape, volume of existing lashes and suggested the style and curl I should go for. I didn’t want extreme lashes just cause I knew I wouldn’t be in make-up 24/7 and dramatic lashes without make-up just looks.. kinda out of place. I opted for the natural and CC-curl. Feng slept on one of their comfy reclining chairs in the corner while I got my lashes done in about 90 minutes. I’m quite pleased with the outcome!! Though I did regret slightly not going for the Super-CC curl, which was what she first suggested but I chickened out.

Satisfied with the service and well-rested nap, we left for VeganBurg since we were already in the East. I ordered a char-grilled satay burger with a broccoli side and Feng went for a Smokey-BBQ burger with seaweed fries. We also got to try Vegan bacon at the counter which was offered to us when Feng exclaimed “YOU HAVE BACON?!” 😂. 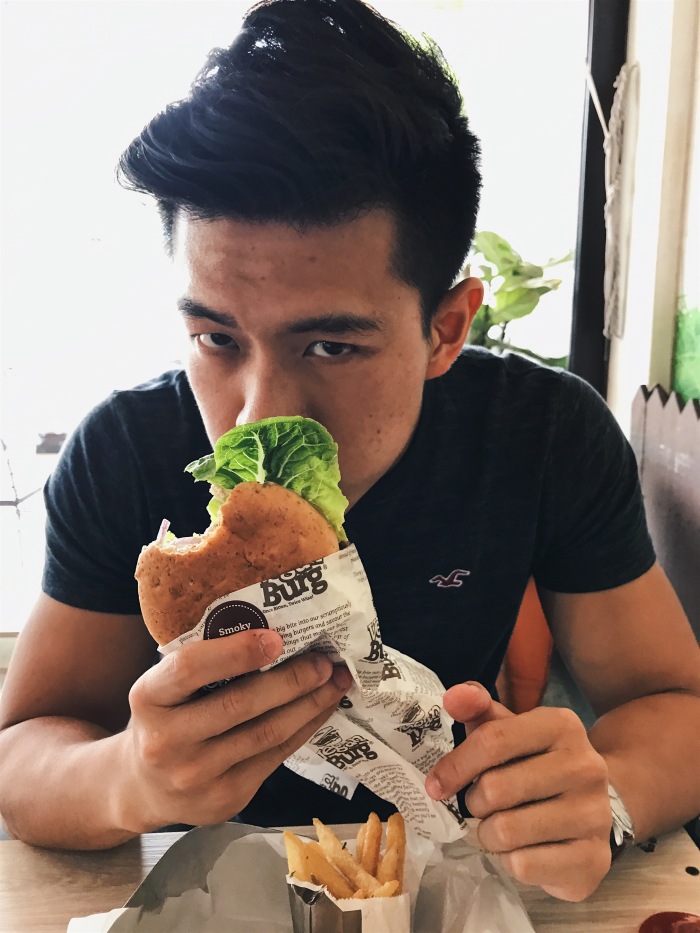 We walked around Tampines One for a bit and left for Bishan GymBoxx. Public gyms are still kinda scary with so many Buff Lords but I think I’m slowing learning that they’re nice people and wouldn’t smash weights on my if I use the machine first.. heh.

"For the happy heart life is a continual feast... A cheerful look brings joy to the heart" - Proverbs 15:15,30

and I saw
Amanda
Discover

A daily selection of the best content published on WordPress, collected for you by humans who love to read.

The Art and Craft of Blogging

The latest news on WordPress.com and the WordPress community.